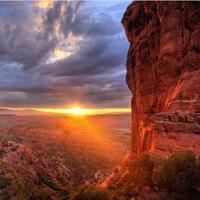 joined: 2014-10-25
LET'S ALL REMEMBER THE ONLY PERFECT PERSON DIED ON A CROSS THOUSANDS OF YEARS AGO.
Points184More
Next level:
Points needed: 16
Last game

I still have not gotten that last tee, because I am not sure i want to know anymore. IF the clot is gone ( which i doubt it will be) the plan is to schedule the ablation of that left atrium. The more I think about it the more I worry that If I were to go along with the ablation of the left atrium if the doctor would do something deliberately to necessitate a pace maker. The meds they have me on now and the fact I lost 30 lbs have helped to control the heart issues.I find myself thinking more and more about maybe just folding and learning to live with it.
If I did try for the ablation and it went bad I would never be able to have an even semi normal life. I would be afraid of everything, but if i get the tee and find the clot is still there it stands a pretty good chance of being calcified, and would probably not be going anywhere so all I would need to do is make sure I did not get anymore.
The whole thing is really depressing. When this all started I was told I was a prime candidate for this , and now it looks like all my hopes and dreams of a more normal life were for nothing.
Oh well like I tell people God has a plan for everyone and it may not be what we wished it to be, but it is the way he wants it to be. I firmly believe nothing in this world is random , everything is meant to happen as it does. If I am meant to have a blood clot the rest of my life so be it. I always wanted to live to be 100, but that is not likely. I am not happy about not making it to 100 , but it may not be in the plan. I just wish I had something to leave behind so people years from my death would know I had existed.

orange_sadona
2021-02-12
86
9
The cardiologist said they will try 1 more tee and if I still have the clot he is giving up trying to do the ablation.  I have pushed the date back twice now for the tee test first because my brother was having an operation.  Second because I really do not want to be around hospitals at this time if I do not have to do it.  Third I really do not trust the doctor as much as I did when this all started, not because he has not cleared the clot, but because he tried to slip a pace maker in on me and I had never agreed to that.  It is kind of hard to trust a doctor who does not listen to you when you make a logical argument against something you do not need, and they try to do it anyhow.  I have seriously been thinking of getting a different doctor if the clot has in fact cleared when I get it checked the last time.  At this point I am thinking it has calcified, and I may be stuck with it forever.
But the news is not all bad something has been blocking much of my anxiety.  I do not know if it is the meds I am on right now or if it is the meditation exercises I have been working on for months, but something is keeping me calm even when my heart rate rises a bit.  I actually feel better both mentally and physically then I have in years.  I have even lost a little weight.  My family and friends have noticed the weight loss.  It is not much only about 25 to 30 llbs, but it is a start :)   My regular cardiologist said if I lose weight it would help the afib, so here's hoping.

On an unrelated subject  gandekeogh  I tried to reply to your private messages, but you apparently have incoming messages blocked, but I did get them and thank you.

orange_sadona
2020-12-14
77
6
I hope, even with all this virus stuff shutting things down again, you will all have a very nice holiday season.   I was really hoping they would have had better control of this by now, but progress takes time.   I just wish people would have listened to the advisory to stay home over Thanksgiving.   And yes I will admit I did not stay home all by myself.   I went to dinner at my nephews house.  I did not stay long and watched how close I got to people.   Although it was not as much fun as it had been last year, at least I was able to spend a little time somewhere other then my home alone which is starting to feel like a prison cell.   Lucky for me no one there had been exposed to the virus yet, and I made it home unexposed.
The hard part is going to be Christmas alone.   We have canceled our yearly gathering of the clan.  I know we are doing the right thing for the right reason, but those Christmas hugs I would get from all my family would help carry me through to the next gathering.   My stored up hugs are running really low, and this year I do not have a way to replenish them.   If there is any up side to this, I have lost 20 lbs.  Still not sure how, because I am not getting much exercise.   Only thing I can think is I have not been eating much lately , because I was really depressed.
It is not all bad I went to my one doctor today and the tests came back great.   I do not have to go see them anymore as long as I do not have any symptoms f a problem, so I will be grateful for that.   HOPE YOU ALL HAVE A REALLY MERRY CHRISTMAS AND HAPPY NEW YEAR, or if you do not celebrate Christmas then a joyous what ever holiday you do celebrate to you.
Just maybe by this time next year the good lord will have seen fit to help the doctors fix this virus problem.   Maybe I am wishing for too much this Christmas, but I would really love it if God just waved his hand and made this virus disappear from the Earth

I was just told today a very good friend of mine, that I had not seen for about a year, died Saturday.  This girl was like a sister to me. I did not even hold it against her the one time she stole some money from me, because she was always there when I needed her. I figured our friendship was worth more than the money she stole.  We may have done a bit of fighting from time to time, but when I needed someone to have my back, she always did.  I remember one time I had sprained my back and we were set to work the local food bank. I could hardly walk, but I did not want to let the others down.  My friend Dawn told her mother (the president of the resident’s organization) that she was taking me to the hospital.  I hated to leave the others shorthanded with us both gone, but I was really glad she took me to the hospital.   We made it up to them the next month when another member needed to go to the doctor and Dawn's mom wanted to go with the other member to the doctor, so we told them go ahead and go you covered for us last month we will cover for you now.   Dawn always had my back if anyone was picking on me.  That is a real friend, and I will miss her a lot. We lost her mom just last year.
It is hard when people we love pass on way too soon. Dawn was a lot younger than I.  I really think it sucks when people die too young.   I am not sure exactly how old she was but it was either her late 30's or early 40's.  She was always great with the neighborhood kids.   We had a little girl in the neighborhood what had all kinds of health issues. The poor child really could not do anything for herself.  Her body and mind did not function well, but we all thought she understood what was being said to her even though she herself could not talk.  Sometimes she would yell some sounds.  When she did Dawn would tell her you scared me and she would laugh. She loved scaring Dawn, and Dawn played along to make her happy.   Dawn had a lot of empathy for others.  If someone was upset she would try to make them feel better.  It is very sad she died at such a young age, but I guess God knows better when someone is done here on Earth then I do.  I just hope she made it to heaven, and gets to play with the people that died as children there.  I think she would do well around children's spirits.
GOODBYE DAWN YOU WILL BE MISSED AND THANK YOU FOR BEING MY FRIEND.

After all the bad news I will take any good news that I can get it.

45 games in the catalog